New! Free standard shipping on all orders shipped within the continental United States!
Home » Blister Fried Peanuts » Dew Drop Dill Pickle Peanuts
Dew Drop Road, near Colerain, is located on the banks of our beautiful Chowan River. Colerain was once a colonial port for ships that carried tobacco, lumber, and dried herrings (fish) to England and other countries in Europe. On the return trip the ships brought textiles and other items we did not yet produce. Among those products were probably dill and other spices. Dill is a herb that is mentioned in writings that are thousands of years old. It was used, along with garlic, for its culinary and medicinal properties. Back in the day, local farmers delivered their cucumbers to the train depot here in Windsor where the vegetable was stored in brine in large, wooden barrels until needed for processing. Dill pickles became a standard snack in the area and were often served, along with saltine crackers, to children at Easter Egg Hunts. Americans eat a lot of pickles, 8 - 9 pounds per person per year, so this is not a new flavor for most of you. But, the combination of our crunchy Blister Fried Peanuts with the strong flavor of dill and garlic makes a bold statement. Enjoy!
OU Kosher Certified
Write a review
Underwhelming
Oct 8, 2019  |  By Michael Nelson

There is plenty of dill flavoring but nothing of the vinegar taste I associate with dill pickles. This is the first BCP product that I have been disappointed with.

X
Be the first to hear about exclusive offers
and new products from Bertie County Peanuts! 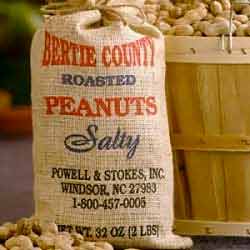 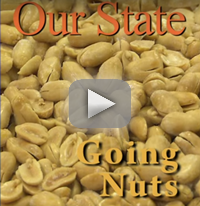 Learn more about us in this video from UNC TV.

CONNECT with US ONLINE